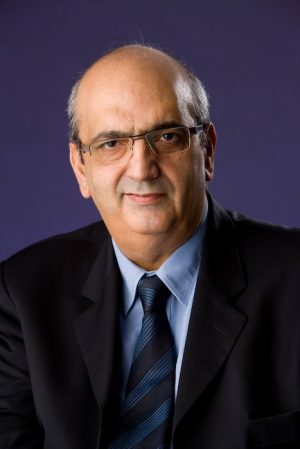 Daniel Cohen, a french geneticist born in 1951, has had a dual career as academia and entrepreneur.

As a Professor of Medical Genetics, he is considered as one of the fathers of Genomics. He was essentially the precursor of modern genetics by producing the first map of the human genome at the Généthon laboratory of which he is the co-founder. Its activity ushered in the 1993 era of Big Data and Artificial Intelligence in biology. He contributed with Professor Chen Zhu, his student in Paris whom he initiated into Genomics, to the birth of the Human Genome program in China, in 1996.

He then invented global genomic analysis technologies now universally used as the GWAS: Genome Wide Association Study or the concepts of modern pharmacogenetics including network pharmacology assisted by Artificial Intelligence. As an entrepreneur, Daniel Cohen founded several Biotech companies in the United States (Millenium Pharmaceuticals), in France (Pharnext) and in China (GeneNet). He is now the founder of Tangramed, an international Artificial Intelligence in Health company.

Author of hundreds of Publications and dozens of Patents. He has received many awards. He is a knight of the Order of Merit and of the Legion of Honor.

This website uses cookies to improve your experience while you navigate through the website. Out of these, the cookies that are categorized as necessary are stored on your browser as they are essential for the working of basic functionalities of the website. We also use third-party cookies that help us analyze and understand how you use this website. These cookies will be stored in your browser only with your consent. You also have the option to opt-out of these cookies. But opting out of some of these cookies may affect your browsing experience.
Necessary Always Enabled
Necessary cookies are absolutely essential for the website to function properly. This category only includes cookies that ensures basic functionalities and security features of the website. These cookies do not store any personal information.
Non-necessary
Any cookies that may not be particularly necessary for the website to function and is used specifically to collect user personal data via analytics, ads, other embedded contents are termed as non-necessary cookies. It is mandatory to procure user consent prior to running these cookies on your website.